Cadernos de Estudos Africanos is a scientific journal published by the Centro de Estudos Internacionais of the Instituto Universitário de Lisboa (ISCTE-IUL). Focusing on sub-Saharan Africa, the journal welcomes contributions from the international scientific community working within the purview of the social sciences and specializing in African Studies. The journal is particularly committed to broadening the international scope of its readership and contributors. Following international standards, articles are selected and screened by an editorial committee in accordance with a peer-review process done by at least two anonymous referees. Since its first issue in July 2001, Cadernos de Estudos Africanos has been published on a regular, semi-annual basis, featuring articles in four languages: Portuguese, English, Spanish and French.

Currently directed by Clara Carvalho, the journal’s Editorial Board is comprised of researchers from different Portuguese academic institutions, while its International Scientific Committee includes respected scholars known worldwide for their work in the field of African Studies.

The journal Cadernos de Estudos Africanos accepts academic articles and reviews for publication. Since November 1, 2020, the journal does not accept spontaneous proposals. All the articles must be submitted within the scope of calls to thematic issues, available on the journal’s website. Manuscripts submitted should be original. After being read by the Editorial Board, the submitted articles will be evaluated on an anonymous basis by two external referees.

The journal Cadernos de Estudos Africanos publishes special issues and organizes thematic dossiers. Only senior investigators (i.e., ones who hold a Ph.D.) can submit proposals for these issues/dossiers to the editorial board. If the proposal is accepted, the organizing investigators are to work in close collaboration with the editorial board. Specifically, investigators should (1) draft a call-for-papers; (2) evaluate the articles as a primary referee; (3) choose a secondary referee and propose her/him to the editorial board; (4) forward any received manuscripts to the secondary referee and keep the board informed as to this process; (5) send your judgment and that of the secondary referee to the board, which will make the final decision in the event of differing recommendations; (6) assist in the authors’ revision of the articles; and (7) submit final copies to the board and to the editors of the journal.

Authors who submit their articles and reviews do so exclusively for the Cadernos de Estudos Africanos, and simultaneously confer the right to index published texts in national and international databases and Centro de Estudos Internacionais of the Instituto Universitário de Lisboa (CEI-IUL) holds the copyright of all published materials. The contents of the texts and the opinions expressed therein, as well as the reference to previously published figures or graphics, are the sole responsibility of the authors. 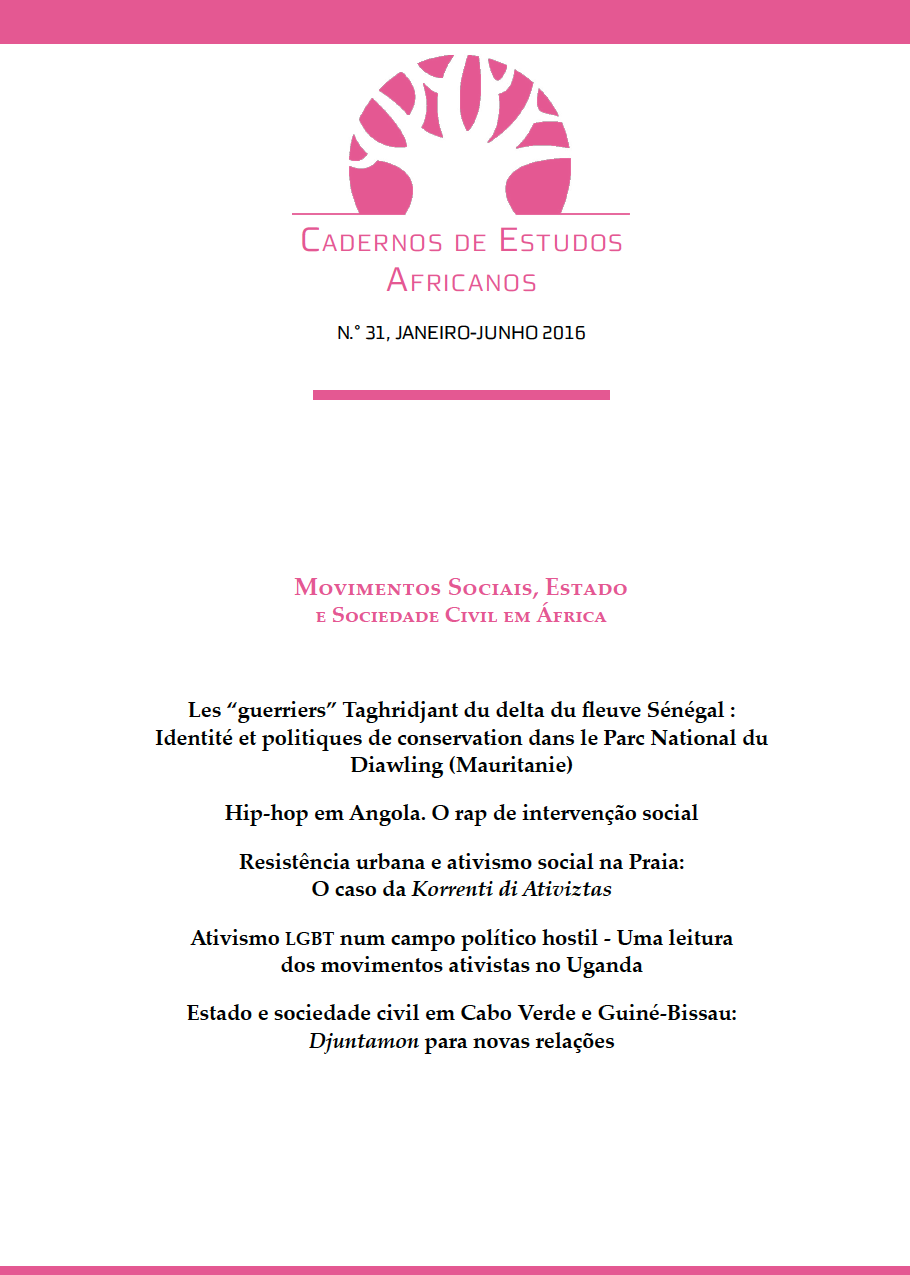